Over thirteen years ago, I was leading within a nonprofit organization that decided on an experiment. “Rather than programming in response to funder priorities, what if we asked the community what they wanted?” I volunteered to lead the initiative.

We conducted one on one interviews and focus groups, attended 5.7 million community meetings and kept asking “who else should we be talking to?”. We kept expanding our list but most importantly, we created feedback loops- ways to go back to our community and say “This is what we think we heard you say. Did we hear you correctly? If not, what did we get wrong?”. They told us. When we got tired of counting, we had already talked to 800 people. There were some concerns raised that we were able to respond to quickly. Those quick responses helped to solidify the credibility of the process. Then there were the BIG things- the things that keep folks up at night. Things like public safety and education. These issues were going to take time, proven strategy and money- lots of money.

We spent a year and a half listening-and it was exhausting. There was great temptation to morph what we were hearing into what we wanted to hear, but the point of the accountability was to keep us honest. Eventually, we secured multi-year, multi-million dollar federal funding to implement an evidenced-based strategy that would be responsive to the needs prioritized. After a brief moment of celebration, it was time to implement.

If it seems like we put a lot of work in, it is because we did. But I thought this blog was about lightening the lift. It was a heavy two years, but we rode the wave of that participatory process for at least ten years. Our thought partners helped build the strategy so they were as committed as we were to its success. They brought us more partners, opened doors, kicked down barriers, and kept bringing us more ideas about how to make it work. We didn’t have to “sell” the idea, instead we were asked “what can we do to make this work?” The strategy kicked off in a quarter of the time than we expected and without being mired in bureaucracy and suspicion. Our organization lead mayoral and city council forums that boasted unprecedented turnout. I eventually helped a neighboring community through a participatory design process that resulted in the creation of another nonprofit and securing government funding to support it. Here’s my point: participatory processes help to lighten the leadership lift.

Leadership is heavy, but there are ways to do more with less. While most of those ways won’t take a year and a half, we will be sharing proven effective “leadership hacks” in our next Rhythms that Heal. Will you join us on Saturday, April 24th for one hour of engaging, exploring and executing? 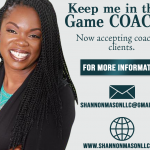 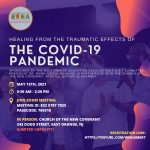