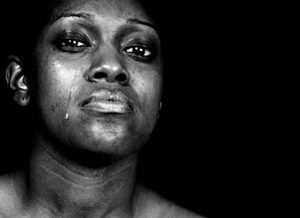 It was supposed to be a professional photoshoot. I was dragged into it, and as much as I knew that I needed to do it, I was not a fan of the process. After a few different “looks” the photographer said “We are going up to the roof.”

A few shots in front of a high brick wall, then a faded green door and then the photographer invited me closer to the edge where he could capture the cityscape as the backdrop. Cautious, I looked down onto the city and caught glimpses of too many signs of urban poverty: empty factory buildings, abandoned hotel, low income housing, bars on windows, trash on sidewalks, check cashing place, liquor stores, high calorie low nutrient food and people creating beauty in the midst of it all. But there was one particular site that captured me that afternoon. There was a woman pushing her laundry cart down the street. The labor in her steps made me wonder about her. I wondered whether her obesity was also accompanied by diabetes or heart disease.  Did she have health insurance? Could she get fresh fruits and vegetables in her neighborhood?  I wondered whether she had housing and food security, emotional security, physical security, political security, human security. I wondered if the plaid-patterned plastic bags in her cart contained clothes of children, grandchildren, or parents that she cared for. I wondered if she’d have to drag those bags up several flights of stairs because the elevator in her apartment building was still out of order or if she had a son to carry them up for her or if she had had a son but…

I admit, I was in a rabbit hole, but it didn’t take me long to get there because I knew this world and this community. I knew what the people that I was literally ‘looking down on’ were up against and when I saw that woman pushing that cart it was too much.  As soon as I felt the welling I asked for a break. I turned away when my voice cracked and realized that I was  too far gone.  “I just need a break,” I pleaded. The photographer’s assistant said, “Don’t stop shooting. This is beautiful.”  Without enough will to fight both “it” and them, I just stood there and wept. It was loud and hard and probably seemed completely irrational. Did they even see what I saw? Could they?

I felt like something was fighting to get into me and fighting to get out of me at the same time. When the maelstrom finally subsided, there was perfect clarity. “I am called to this.”  Poverty crushes me and I am glad. I am glad because what crushes also calls.

There is a term  that occurs in the King James translation of the bible. “The burden of the word of the Lord.” (i.e. Malachi 1:1, Zechariah 9:1, Zechariah 12:1. Jeremiah 23:33). It speaks of prophetic messages from God that usually indicated that something was horribly wrong. The poor were being oppressed, foreigners were being exploited, power was being abused, and morals were being corrupted. Enter “the burden of the Word of the Lord”.  However, the messages were far more than indications that things were not right.  The messages were also assurances that God was willing to work through people to set things right. Burden was both emissary and intermediary. It still is.

So, principled leader, what crushes you? 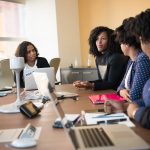 Three Lessons I Learned from being “Pre-Fired”Blog Posts 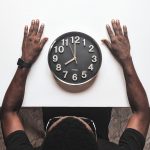 Under the Pressure of TimeBlog Posts