The refreshing simplicity of it all struck me. The lack of ostentatious décor, the joyful hospitality and general warmth in the atmosphere was going to make this an easy one. After a light meal, someone read my bio. I was, as usual, embarrassed. It still seems strange to me to sit and listen to my accomplishments being read to an audience. I guess I’d much rather they read my smile.

I thought it odd that after I was introduced, the warmth and hospitality increased. Don’t they know why I am here? I was going to tell an unsettling story, give some unsettling statistics, posed an unsettling question, then offer them the opportunity to settle their angst by writing a big check to the nonprofit that I lead. I expected them to be more guarded. I was wrong.

Those who do this regularly know that greeting the attendees after the talk can be more important than the talk itself. That is where they tell you about their neighbor’s daughter who was on drugs, their own child that has a learning disability, their missions trip five years ago, the New York Times article that they read last week or the way they fell in love with your organization. Occasionally, they hand you a check right then and there.

After all of the handshaking and heart-sharing that day, I sat down exhausted but satisfied. A woman came and sat down next to me. Her beautiful white hair and teal jewelry distracted me through the formalities so I was relieved when she eventually handed me her card.  She began to speak to me in a way that was at once unsettling and comforting. Unsettling because she didn’t know me at all; comforting because it felt like she did. She offered to coach me. I thought that strange.  Six months later I said “Okay”.

From that first conversation eight years ago, up until our time together yesterday, she has helped me to imagine what was possible. People usually bring me complex problems to solve, she raises ideas for me to consider and contours for me to explore. She helps me to hear my own soul.  She is a champion, interpreter, tactician,  sounding board,  reality check and a friend. She keeps asking, and unlike anyone else in my life, she is never satisfied with small answers. Sometimes she fusses at me. The three and half years that followed my initial talk with the white-haired teal-draped woman who sat with me when I was weary but satisfied, would be some of the most trying in my career. Having her as my coach made it some of the most fruitful.

I realize that what my coach did for me, was what I have always done for others. It was what I absolutely loved to do with other leaders.  I have “coached” young professionals, both the optimistic and the disillusioned. I have “coached” executives navigating organizational transition, influencers trying to finish well and pastors planting churches. I have “coached” teens at the top of their class and being courted by prestigious institutions as well as those on the verge of dropping out, single heads of households pursuing a life sustaining wage, entrepreneurs and educators. I have “coached” people navigating “the system” and people that I didn’t even realize that I was “coaching” at all.  I never knew what to call it, but I did know how I felt when I left those lunches, coffees, and one on ones.  I certainly didn’t know that it was a career path. I discovered that it was a way to strengthen the types of organizations who served the people that I cared about, and to help organizations move from diversity towards inclusion, equity and belonging.

Before I told my coach that I was considering training and certification to become an executive coach, I asked her why she approached me the day that we met. Why did she offer to coach me? Her answer, “Because I knew the moment that I met you that you are a natural coach.”  It wasn’t the answer that I was expecting, but it was definitely the affirmation that I needed. I had spent fifteen years “coaching”. Three years ago, I decided to remove the quotation marks. 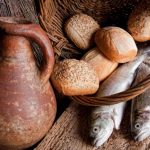 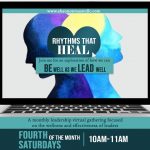